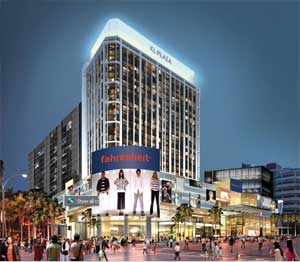 January 13, 2010 – At the unveiling of its brand new name and logo today, the former KL Plaza is undergoing a RM100 million renovation and will open its door to the public on the 8th of August, poised to be a new hub for the hip, and KL’s capital for cool.

With tourist arrivals expected to grow at a healthy Compound Annual Growth Rate (CAGR) of 9% during 2009 to 2012, and shopping receipts from tourism expenditure topping 27% in 2008, Fahrenheit 88 appears set for a turnaround retail property scene this year.

“The sales growth in the Malaysian retail industry has certainly performed better in 2009 as compared to 2008 and with an estimated Gross Domestic Product (GDP) growth of 3.2% for 2010, the retail property scene will see a rebound in market sentiment in 2010. As such, we are confident that this is a great time for us to embark on this investment to transform the familiar KL Plaza into a ‘Hot, In and Trendy’ retail experience that reflects global trends and meets the shopping needs of the young urbanites,” said Dato’ Lee Tuck Fook, Director of Makna Mujur Sdn. Bhd., which is the property owner of Fahrenheit 88.

Fahrenheit 88 will consist of 300,000 square feet of lettable space spread over 5 levels of zoned shopping space.

Kuala Lumpur Pavilion Sdn. Bhd. will function as Fahrenheit 88’s management and leasing team, and they bring with them a wealth of experience and a proven track record as they also manage the hugely successful Pavilion KL.

“With careful market research and our ability to evolve with the retail market trends, we have found a niche for Fahrenheit 88. We will establish this mall as a mid range shopping center aimed at hip and trendy urbanites. Judging by the large number of enquiries and interest shown by prospective retailers, we’re certain that our concept has all the hallmarks of the perfect complement to KL’s shopping scene,” explained Ms. Joyce Yap, CEO (Retail), Pavilion KL. 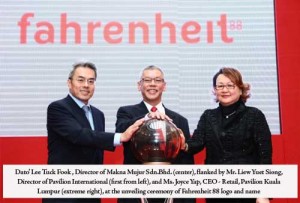 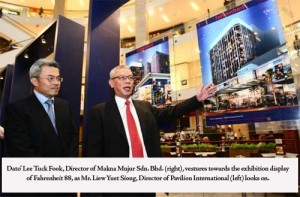 developer@kingdomdigital.com.my April 27, 2022
Claudian Navin Stanislaus was elected as the President of the Malaysian Advertisers Association (MAA) at…